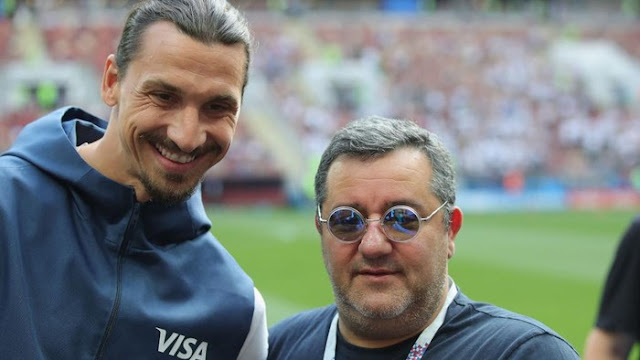 T- News - Mino Raiola, considered one of the most successful and influential soccer agents in the world, has died, according to a statement from his family posted on Raiola's social media pages. He was 54.
"In infinite sorrow we share the passing of the most caring and amazing Football Agent that ever was," the family statement said.
"Mino fought until the end with the same strength he put on negotiation tables to defend our players. As usual, Mino made us proud and never realized it."
No cause of death was announced in the statement posted by the Raiola family on Saturday.
"Mino touched so many lives through his work and wrote a new chapter in the history of modern football. His presence will forever be missed," it added.
"Mino's mission of making football a better place for players will continue with the same passion."
Raiola represented some of the biggest names in world football, including players such as Zlatan Ibrahimovic, Paul Pogba and Erling Haaland.
He amassed a huge fortune for organizing some of the most expensive transfers in history, with Forbes estimating his net worth at $84.7 million in December 2020.
Despite his success, Raiola was a controversial figure with some unhappy with his outspoken nature and for the amount of money he demanded for players he represented.
"My father said to me when I was a small boy that 50 percent of the people in your life will love you and 50 percent will hate you," Raiola said in an interview with The Athletic in 2021.
"So I am not here to be loved and liked by everybody. I am here to be loved by my family and by my players."
Raiola was born in Italy but grew up in Holland, where he started working in his family's restaurant.
As a decent youth player himself, Raiola made the transition into soccer by becoming the technical director of local professional club, FC Haarlem, according to the Financial Times.
From there, he began a career in a world he would eventually begin to shape, going on to become one of the most well-known and recognizable agents in soccer.

Get notifications from this blog